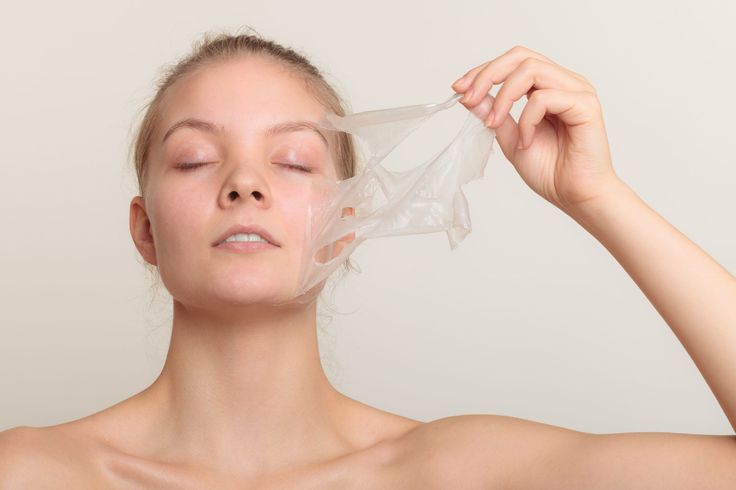 Aging causes all kinds of changes in the skin. It becomes thinner and less elastic with age so fine lines and wrinkles begin to appear. Additionally, mild complexion problems from sun damage and acne scarring become more prevalent. Fortunately, in order to delay the look of aging for as long as possible, technology has come a long way.

What’s known as a glycolic peel and microdermabrasion are just two ways to combat the onset of the appearance of age-related issues. Whether done with the aid of a dermatologists, skincare professional or at home they are designed to achieve similar results.

What Is a Glycolic Peel?

Skin is held together by a web of fibers and a glue-like substance that adheres to dead cells. A glycolic peel uses acid derived from sugarcane in order to break down the bond that holds the dead cells and new cells together so that the dead ones can fall away. That requires an exfoliation property. This is why, for several days after use, it appears as if the face is peeling. The goal is to remove the outer layer of skin so the fresher, newer skin can surface.

The advantage of a glycolic peel vs microdermabrasion is that it infiltrates the pores removing any established foreign bodies while drawing moisture into the skin. The downside is that it requires some down time. It often takes up to a week for recovery during which time it’s important to avoid the sun.

In the end, however, the results are instantly obvious. The greatest advantage is that the over-the-counter version only costs around $20. For best results, the procedure should be repeated about every 4-6 weeks and typically takes 10-15 minutes per session.

What Is a Glycolic Peel Used For? 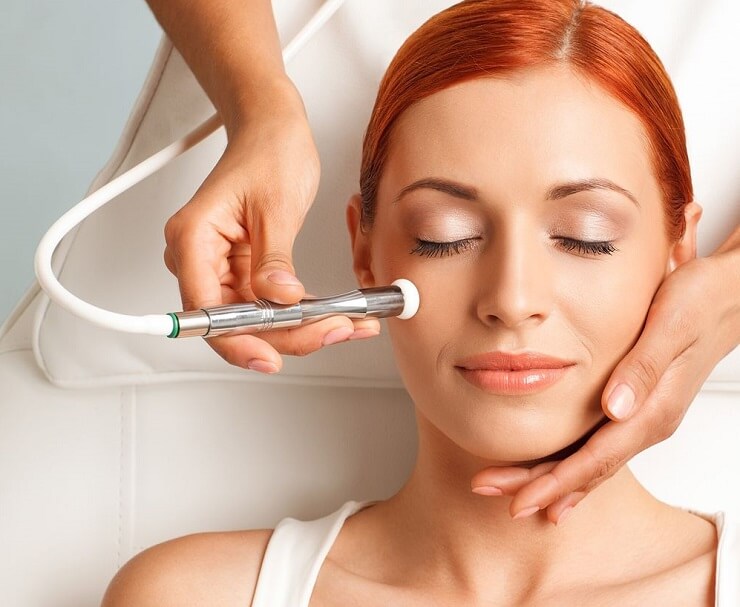 Microdermabrasion is a procedure where a wand or fine spray of tiny crystalline particles are combined with suction to gently remove the dead skin cells clinging to the surface layer of the skin. As a result, the production of elastin and collagen are stimulated.

It is designed to mechanically break down the bond that holds the dead cells to the living cells in order for them to be sloughed off. There are two different forms. The first is the Diamond Tip where a sand-like material is emitted through the end of a wand or other type of applicator. The second is Crystal where fine aluminum oxide crystals are blown onto the skin and then suctioned off.

The procedure is designed to achieve deep exfoliation while helping to maintain skin health as well as enhance its glow. Plus, it can all be accomplished within about 30 minutes. As opposed to dermabrasion which is an aggressive procedure requiring down time, microdermabrasion is a non-invasive alternative that allows people to immediately resume their normal activities. Best of all, it’s one of the easiest anti-aging procedures you can use. Plus, it can be safely performed at home. For best results, the procedure should be repeated monthly.

What Is Microdermabrasion Used For?

What Are the Differences Between a Glycolic Peel vs Microdermabrasion?

Whether you’re seeking to reduce fine lines and wrinkles, minimize the look of acne scars or correct pigmentation problems, when comparing a glycolic peel vs microdermabrasion you’ll find that both are effective. The main differences between the two procedures are that chemical peels are more invasive and treat deep wrinkles much better whereas microdermabrasion is designed to restore a fresh look to the face. The other main difference is that with microdermabrasion there is no down time. On the other hand, with chemical peels it is highly recommended that you remain indoors for at least a week.

Another big issue is the cost. Microdermabrasion runs, on average, $60 to $200 per session. The equipment can be purchased over-the-counter for at-home treatments and can cost just as much. As mentioned previously, a glycolic peel over-the-counter can cost as little as $20. However, as with putting any products on the skin there is always an inherent risk of an adverse allergic reaction with the latter choice.

When comparing glycolic peel vs microdermabrasion, microdermabrasion is designed to make the skin appear smoother, softer, brighter, clearer, younger and fresher looking. Additionally, the procedure is not uncomfortable. Glycolic peels, on the other hand, are manufactured to treat deep wrinkles, fine lines, active acne, acne scarring, pigmentation issues and the overall look and texture of your skin. It also stimulates the production of collagen and elastin. It is also most effective when conducted in a series of treatments 4-6 months apart. A glycolic peel requires post care from 5 to 7 days.

Which Method Offers Fewer Side Effects?

A comparison of a glycolic peel vs microdermabrasion indicates that neither results in significant side effects or carries major risks. That’s because the glycolic peel is considered a light peel rather than a medium or deep peel which must be done by a professional. In such a case the side effects could be significant and result in long-term damage.

For those considering this option it’s important to note that there may be a few side effects even with the glycolic peels that can be done at home. There could be blistering of the skin and scabbing along with dark and/or brown spots. Additionally, redness, itchiness, inflammation, irritation as well as a swelling of the eyelids can also accompany the procedure. With a medium to heavy grade peel conducted in a clinic, side effects could be aggravated and it could take up to 6 months to heal.

After undergoing a microdermabration procedure your skin may be slightly red and swollen for about a day. A burning or stinging sensation of the skin has also been reported. The procedure makes the skin extremely sensitive to exposure to the sun which can make it burn more easily. After the treatment, regardless of which one used, it’s also important to never leave home without applying a moisturizing sunscreen that’s rated SPF 30 or greater.

Why Not Combine the Two? 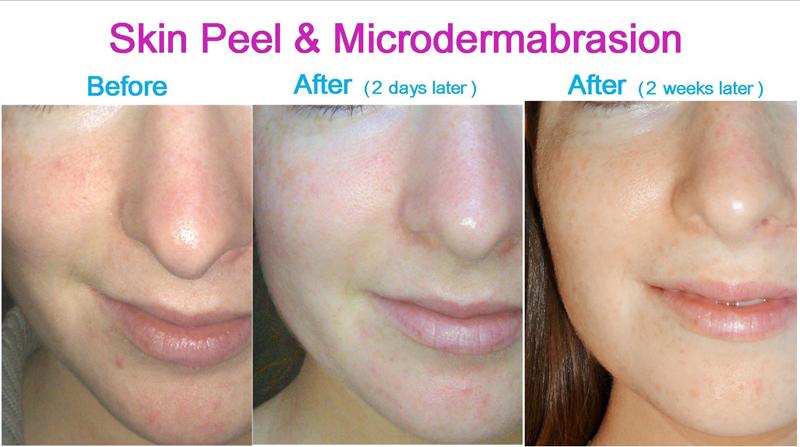 Rather than trying to decide whether a glycolic peel or microdermabraision is better, one of the newer options is to combine treatments. Such a decision should only be conducted by a licensed physician or skincare professional. However, as there are greater risks of permanent skin damage if attempting it at home. When spaced out appropriately, many people are happy with the results.

The greatest advantage of combining the treatments is that it provides a deeper penetration than either procedure alone. The skin is first exfoliated with microdermabrasion. That allows a deeper penetration of the skin when the glycolic peel is applied. Since the combination can increase the risk of hyperpigmentation in some people, it is not recommended for those with darker skin tones.

Glycolic Peel vs Microdermabrasion – Which is Best?

Both microdermabrasion and the glycolic peels can be highly effective. Much has to do with the type of skin you have, the issues you would like to eradicate and the benefits and side effects of each. Consulting with a skincare professional or your physician will help determine the best course of treatment needed to address your specific concerns.

When it comes to the comparison of cost benefits, glycolic peels are more affordable and deal with more serious issues than microdermabrasion. For a fresher, younger look, however, the use of microdermabrasion will suffice.